On, Tuesday, June 24 2015, Magician Rodney Kelley brought his magic tricks and animals for our back building to enjoy! Several of the children were able to volunteer.
Through out the show Mr. Kelley had the children laughing, gasping, saying o's and ah, and asking for more! Mr. Kelley spent extra time with our students and we can not wait to have him back! 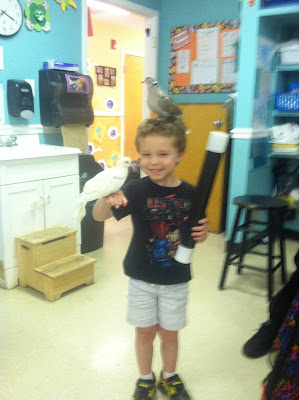 One of the Pre-K friends had two birds land on him! He was so happy, too be able to help Mr. Rodney out! 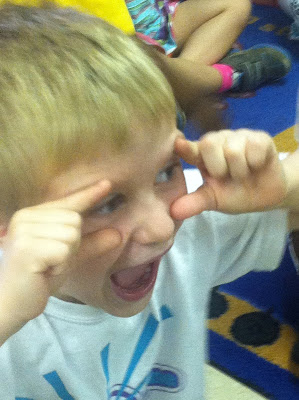 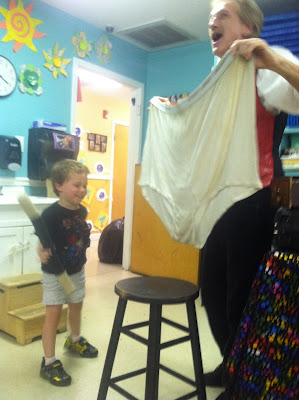 With a wave of his wand, this was going to be a bunny, but when he moved his magic curtain there was no bunny...just big undies! 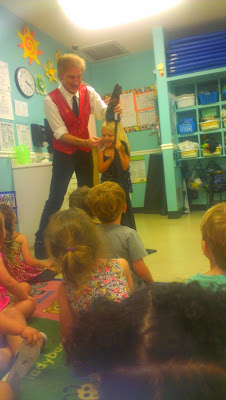 Mr. Kelley had a magic hat, and this PS3 friend was the volunteer that he picked. The hat had sparkles on it. He took his magic curtain and placed it in front of the student. When he removed the curtain, the hat was no more a hat... 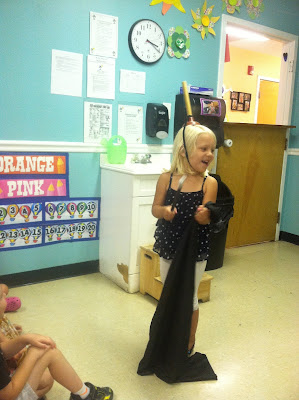 He had turned the hat into a "party-hat" plunger! This student had a really big laugh, but could not figure out where the sparkle princess hat went too! 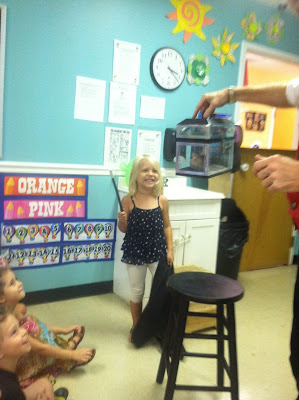 Magic Rodney had three birds! One of his birds he used to for a neat magic trick left most the children completely amazed! He turned one of his birds into a... 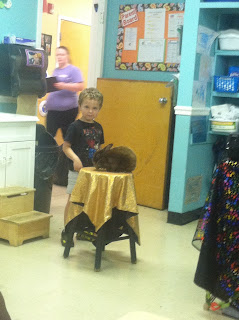 A....Bunny! One of the children asked Mr. Rodney,  "are you going to turn your bunny back into a bird? " This was one of the last tricks that he did for our friends, and before he left everyone wanted to see the trick again!

Posted by Holly Tree Brentwood at 11:42 AM

On Tuesday, June 16th Boro Bounce joined us at Holly Tree to bring in some bouncing fun! Our younger children had such a great time learning how to use the bounce house and boy, did they bounce high once they got the hang of it! Our older children seemed to know just what to do! Take a look at our good time: 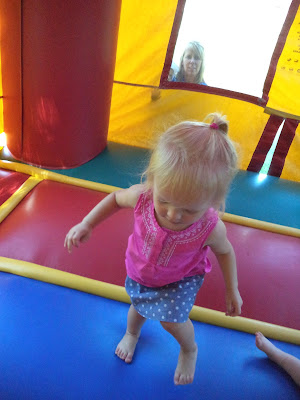 A friend from Preschool One cautiously investigates the bounce house before making the big jump! 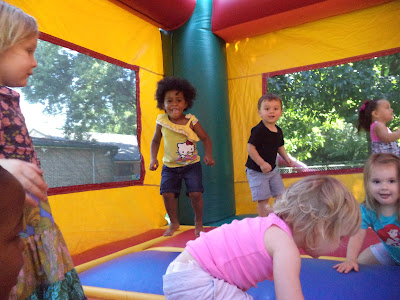 The children in the Preschool Two classroom wasted no time getting their bounce on! 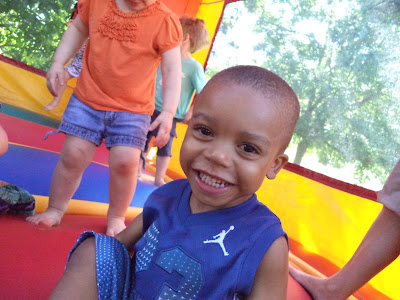 One friend in Preschool Two stops bouncing for this precious photo opportunity! 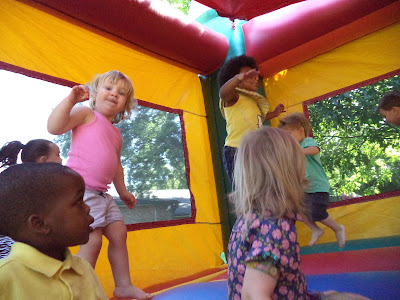 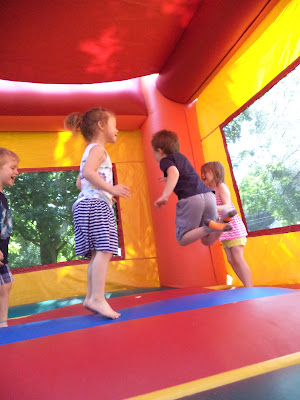 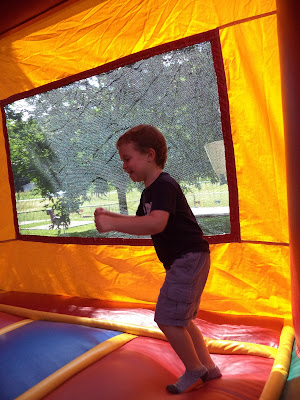 This PreK friend claims that he can jump the "longest." Ready, set go! 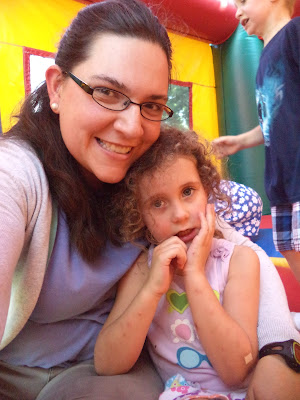 We know how to have a good time at HTB! After joining her students in the bounce house extravaganza, Ms. Elizabeth pauses to take a selfie with a member of her class!:) 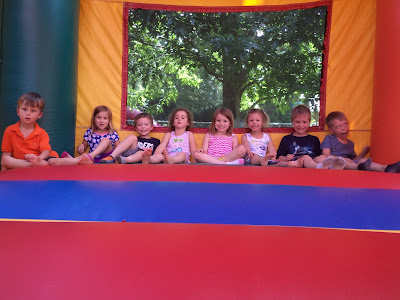 PreK is all tuckered out! Nap time anyone??! :) 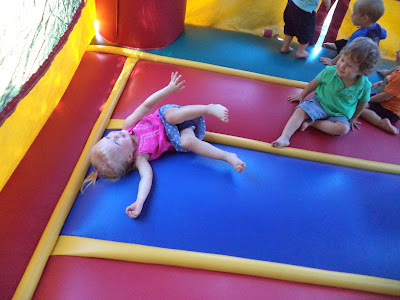 Our Preschool One friend enjoyed rolling over the bounce house bumps! 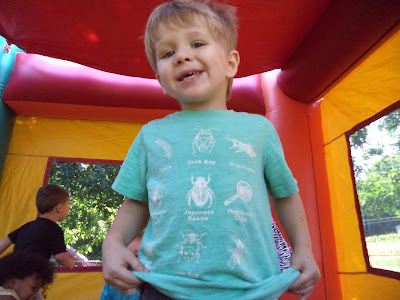 Should we bounce some more??! This Preschool Two friend is all for it!

For more information about our program, please visit our website at: http://www.hollytreechildcare.com
Posted by Holly Tree Brentwood at 10:59 AM

On Friday, June 5th, Holly Tree Brentwood had our annual Summer Luau! We invited all of our children to wear their Island best while we rocked out to Luau music, hula danced in grass skirts, ate a tropical snack and played pineapple bowling. Here are some photos of the fun we have had: 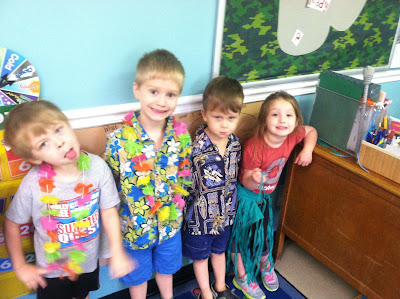 Friends in Pre-K stop to pose for a picture in their festive Hawaiian shirts, leis and grass skirts. We love their spiffy Luau attire! 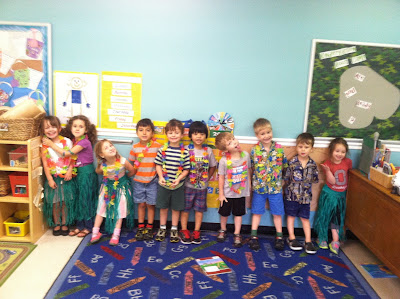 Other friends in Pre-K stop to join in to show off their fancy Luau accessories! 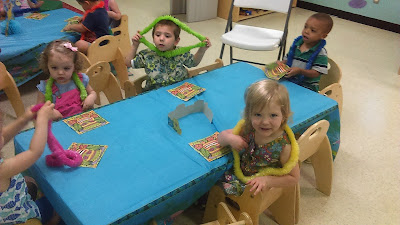 We join Preschool Two for our tropical fruit snack time! Our sweet friends are listening to Island sounds in the background to get them in the "Island Spirit!" 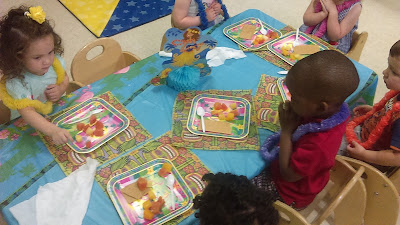 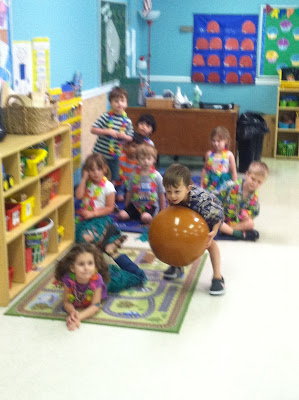 The competition is fierce, but our friend in PreK is ready for the pineapple bowling challenge! 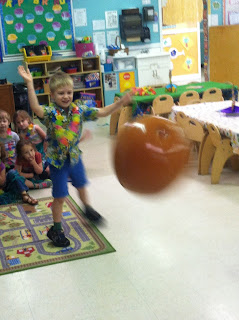 Our other friend in PreK shows us how hard he can throw the coconut to knock over the pineapples!

For more information about our program, please visit our website at: http://www.hollytreechildcare.com